Offering a personal service, where you will deal with Doctor Fazel himself, and not an extended ‘customer care’ team, the Refresh Clinic specialises in the following plastic surgery procedures from the Princess Margaret Hospital in Windsor.

Please note, that this list is not exhaustive and details of further treatments are available on this site.

For more information on any procedure, please head to that dedicated treatment page.

One of the most popular cosmetic procedures, breast enlargement or augmentation can provide the fuller, firmer more proportioned look that is desired.

At consultation, Doctor Fazel would perform a sizing test to help the patient decide the optimal size of implant.

His success lies in truly listening to patients and understanding both why they seek surgery and the results that are sought.

Highly experienced in this surgery, he can also advise as to the best treatment option. Implants are common, but other procedures such as a breast lift of fat transfer to breast might also be appropriate.

Fat lift to breast can be as part of the ‘mummy makeover’ whereby unwanted fat in one area such as the abdomen is used to enhance the breasts.

The results of breast augmentation of course improve appearance, but they can also do so much to bolster self esteem and confidence.

The breast reduction process can also be called a reduction mammaplasty. The surgery can remove the pain, embarrassment and overall discomfort of breasts that may be out of proportion with the patient’s weight or body size.

The operation would see fat and glandular tissue removed, creating breasts that are more balanced with the rest of the body.

The nature of the surgery will vary by patient, the precise method to be used and reasons for recommending this option discussed at consultation.

Breast reduction surgery can be combined with areola reduction and liposuction.

As with all procedures, the patient does not need to be an expert in the varying forms of surgery or options at a surgeon’s disposal. Instead, they simply need to hold an open and honest conversation during which options can be discussed.

Doctor Fazel’s expertise is shown by the huge range of breast surgeries he is able to perform in Windsor. For each, there is a dedicated treatment page, including before and after images and key information, this including a guide to price.

Different levels of tummy tuck are available,  for instance the full tummy tuck or also the ‘mini’ version – Doctor Fazel would recommend the best option during your consultation.

Doctor Fazel’s expertise is such that he regularly combines the tummy tuck with liposuction, helping to sculpt the body and create a truly pleasing appearance.

Multiple types of tummy tuck are available, this again demonstrating Doctor Fazel’s skill in using the best approach for each patient, rather than following a one-size-fits-all approach.

Pregnancy and childbirth is a wonderful time of life – but it does have an impact on the figure.

Many women, when they have a little time to reflect, choose to have a Mummy Makeover, this a wonderful treatment option that does so much to restore the figure.

The benefits are aesthetic, but also to self esteem and confidence too, helping remove any feelings that the body is not what it once quite was.

The mummy makeover will be different by patient, after all no two women have the same body or same experience of their figure changing post pregnancy.

Maisam Fazel is a leading pioneer of the mummy makeover procedure. He is one of few surgeons who can offer combination procedures all in one operation. No two patients are the same and thus Maisam Fazel will tailor the operation to address the patient’s unique body concerns.

It is not only women who seek cosmetic surgery, anyone can have concerns with their appearance or aspects they would like improved.

The cause is often unknown, but this will often be of little concern to the patient, what matters more is that treatment options are available.

Full information about each can be found on the main treatment page.

A huge range of treatments

There are far too many treatments and surgical options available via Refresh in Windsor to list them all here.

They vary from full surgical options through to minimally invasive options such as lip fillers and anti ageing injections such as dermal fillers.

What is more important to note is that this huge range of treatments and Doctor Fazel’s skill ensure that the right options can be chosen for you, the individual patient.

As a patient, you do not need to be an expert in the numerous treatments, instead it is simply required to have an open and honest conversation in consultation.

Which areas of the body concern you, what change do you seek?

From this starting point, a plan of best action can be recommended, this for you to consider without pressure at your leisure.

Maisam Fazel’s fee for new patients considering reconstructive surgery is £250 while the fee for follow-up consultations is £175. If any tests or scans are subsequently required, these will be charged separately by the clinic or hospital performing these scans

Anti-wrinkle injections, also known as muscle relaxing injections, are one of the most sought after and versatile non-surgical cosmetic procedures performed by Maisam Fazel with prices from £150.

Lip filler enhancement is a popular aesthetic procedure to achieve fuller, more defined lips. Maisam Fazel can increase volume or sculpt the contours of the lips to produce a more pleasing appearance. The dermal filler brands used by Maisam Fazel are gold standard, clinically proven and tested for safety. 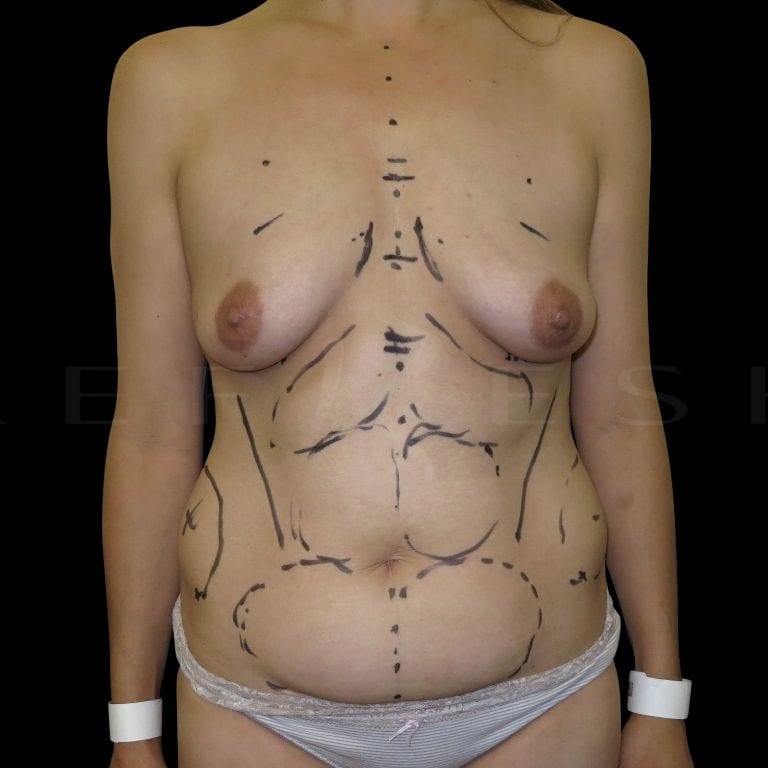 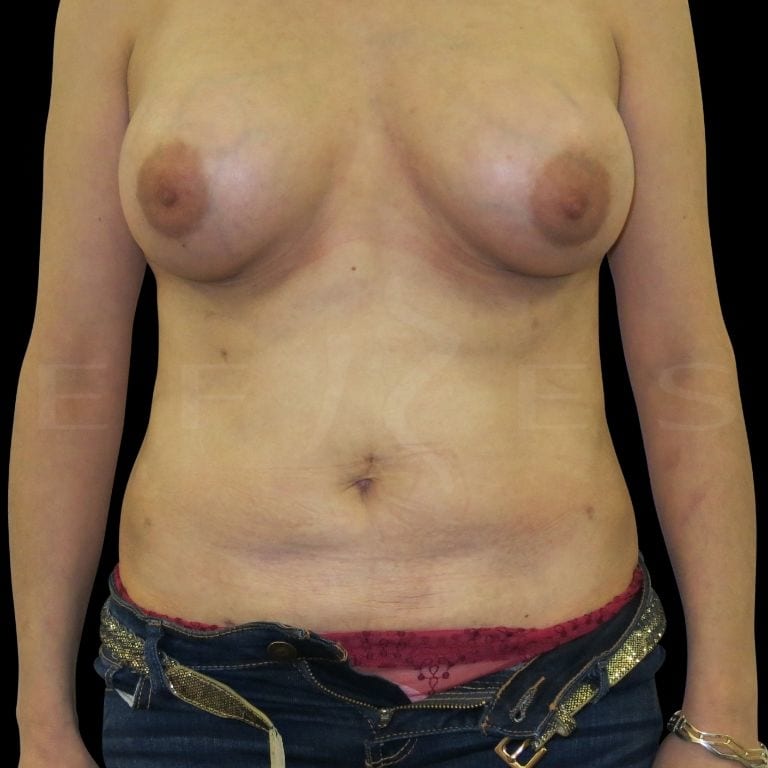 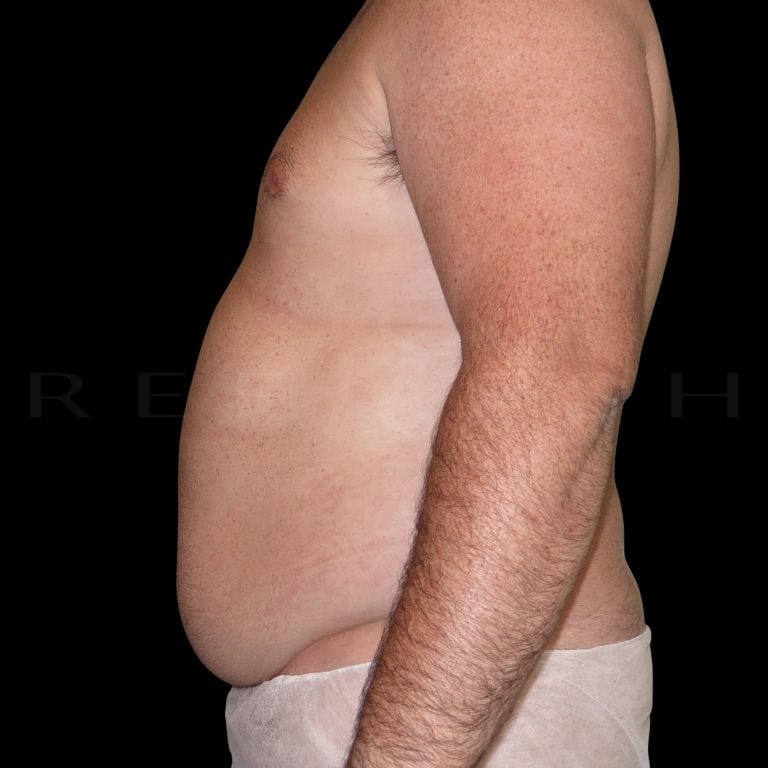 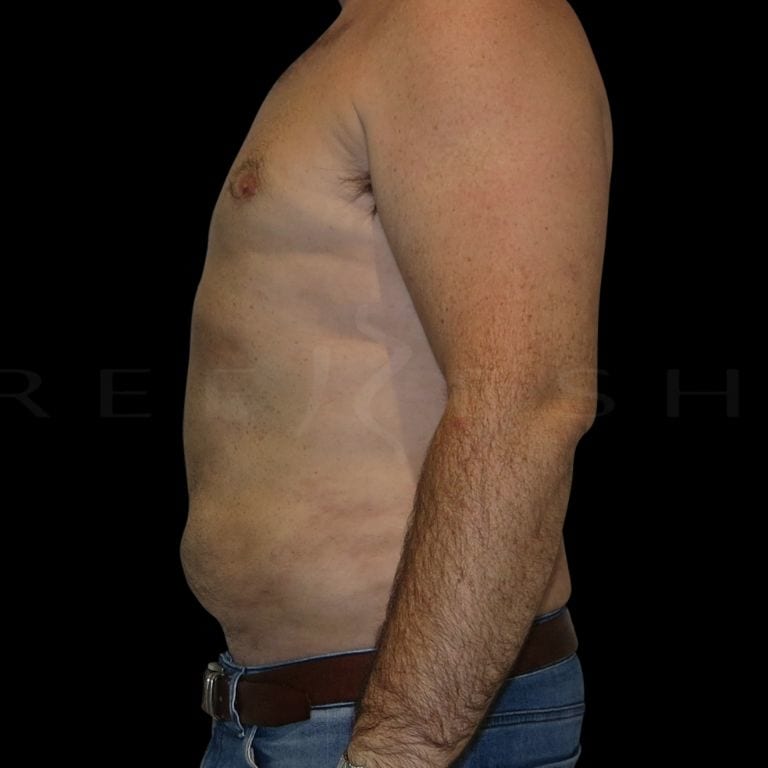 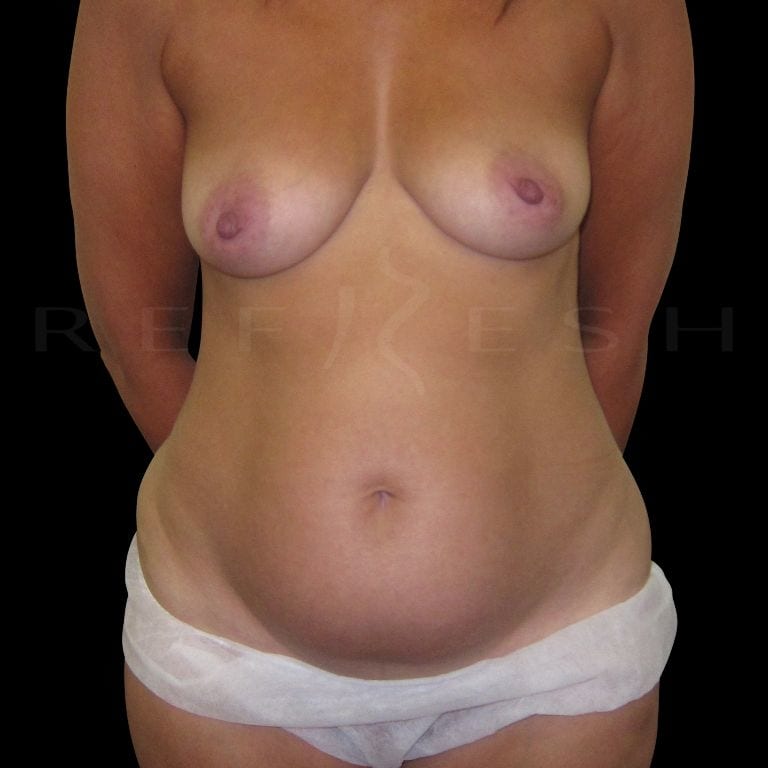 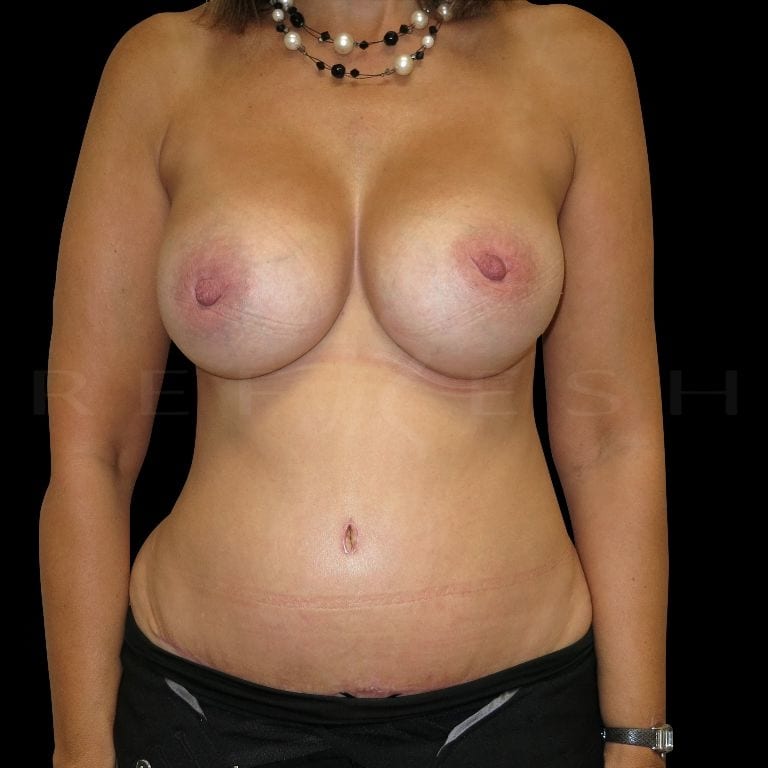 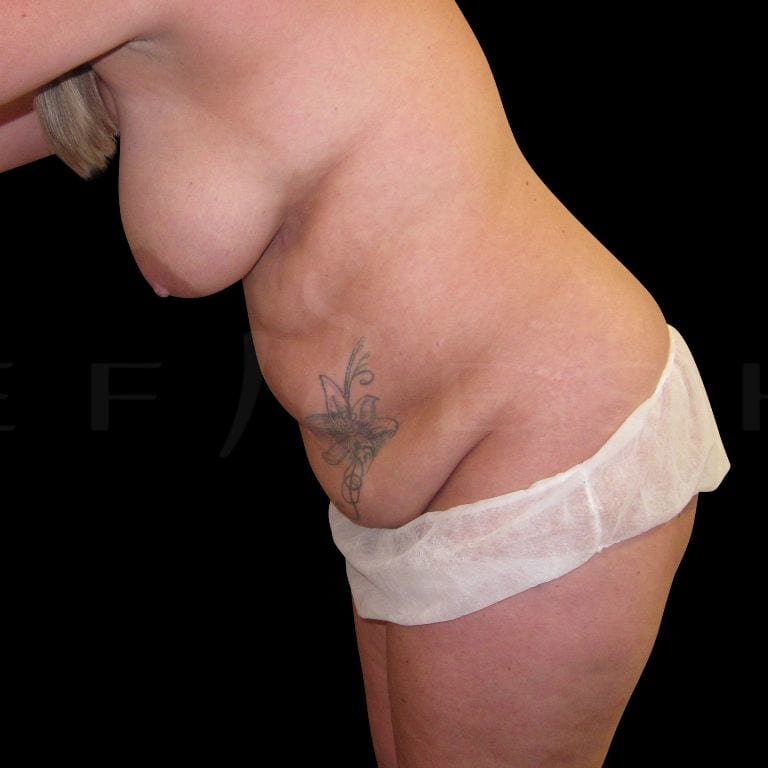 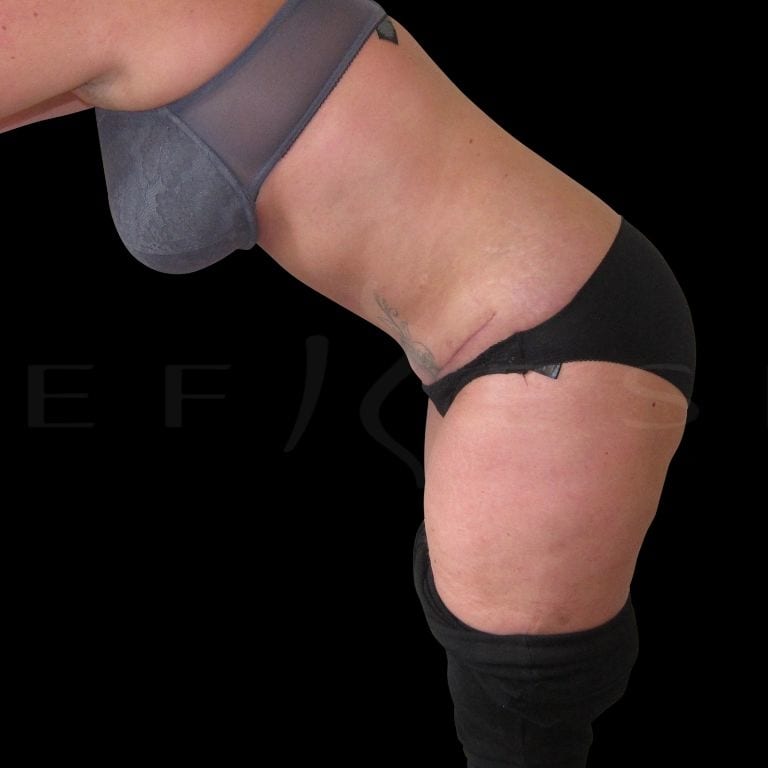 Maisam Fazel is a leading Consultant Aesthetic, Onco Plastic and Reconstructive Surgeon who specialises in a wide range of surgical and non-surgical cosmetic procedures. Check out some of these fantastic before and after transformations.

The Refresh Clinic is Doctor Fazel –  a truly personalised approach whereby every patient benefits from his skill and experience.

Doctor Fazel is an award-winning surgeon, who was awarded the Best National Onco Plastic Breast & Cosmetic Surgery Specialist in the 2019 Private Healthcare Awards.

He is a key opinion leader and regularly invited to talk by leading organisations, his status is such that he is part of the teaching faculty for the Royal College of Surgeons.

A full biography is available on this site, as you will see by entrusting him you will be in the very safest of hands.

The level of aftercare sets many surgeons apart.

Doctor Fazel takes personal responsibility for all after care.

The aftercare at Refresh is second to none. Maisam Fazel personally sees his patients during their post-operative recovery and is always at hand to answer questions and address any concerns. This attention to detail, level of personalised care and of course great results is evident in the large number of positive reviews he receives on independent feedback sites like Trustpilot and Realself.

To book a consultation to discuss any procedures or treatments available in Windsor, please contact us via the following methods.

This private hospital has leading facilities and is the choice for the top surgeons operating near to Windsor. The standard of care is first class.

The full address is:

The town is the site of Windsor Castle, one of the official residences of the British monarch.

Located to the south of the River Thames, Windsor lies some 40 miles away from central london.

Windsor of course is known for having historical importance and the Castle was noted in the Domesday Book of 1086.

Windsor (or New Windsor) was significant during the Middle Ages, wealth coming from association with the royal household.

It also grew in importance for religious reasons and it is believed that for a period it was of more importance to pilgrims than Canterbury would have been.

The history of Windsor is very apparent simply by walking through the town, with superb examples of architecture remaining.